Allowing someone to live in your house when they lost theirs is a very generous gesture even if they are good friends or relatives. Because of that, you don’t expect them to abuse your generosity and hope that a place to live will motivate them to get back on their feet and put themselves together.

This is not what happened to Reddit user FantasticGymnastic69, who let her husband’s friend into their house with six children and was so fed up she actually had to lock the man out. Now she fears her husband’s reaction and thinks that she could have expressed her frustration with another conversation instead.

Woman started to think that she’s going insane and was done with her husband’s friend, so she locked him out of the house 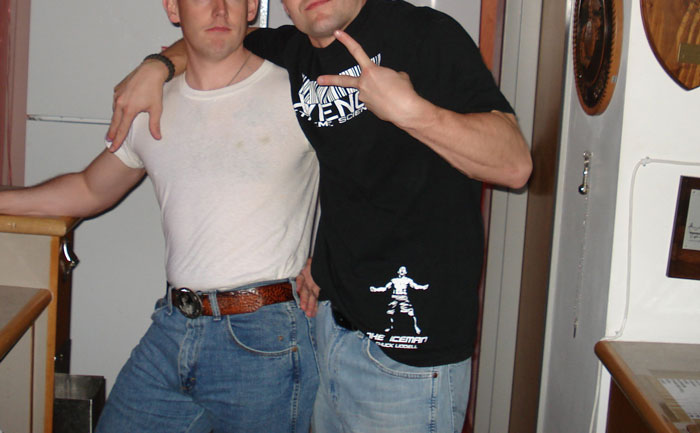 The woman lived with her husband, their 2 kids, her 2 nieces and her nephew

The Original Poster (OP) is a funeral director in Washington state and also a mom of 6 children, 3 of which are actually her nieces and nephew. 6 months ago, her husband suggested that they should take his friend into their home because he wanted to provide him with a roof over his head.

Not too long ago, he found a job at FedEx but didn’t last long because he didn’t like the dynamic with his boss, which is fair enough, but the problem is that even when he doesn’t have a job, the friend doesn’t contribute to the household.

In the comments, the OP added that she isn’t that irritated by the friend not contributing financially, but she feels disrespected. He doesn’t help with any chores or with the children, but helps himself out with some weed that he smokes inside the house when he was told not to. 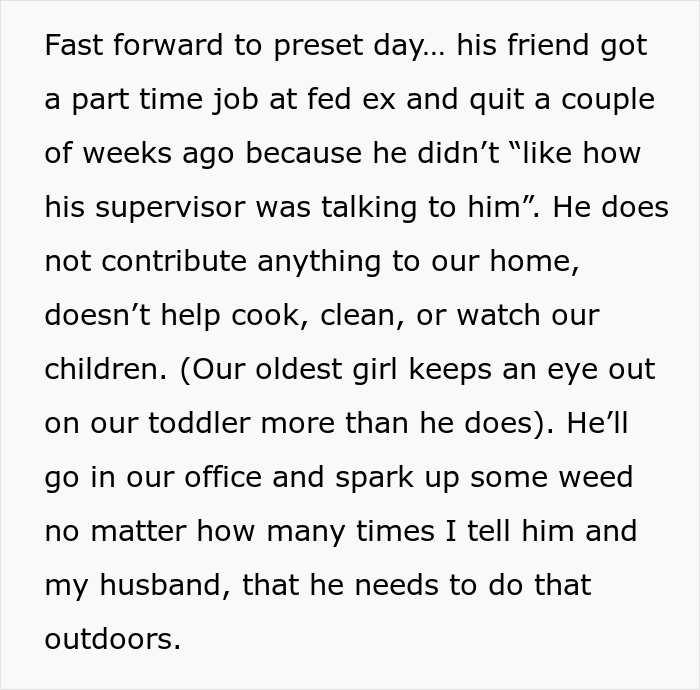 Clearly, the OP is not happy about this friend living in the house because it is an additional mouth to feed and additional mess to clean. But what really made her fume was when that friend took her car to go to smoke with a coworker without asking first on the morning she needed it to take her 3 kids to the dentist.

She complained to her husband about what a nuisance the friend is and that he should find another place, but was met with an annoyed sigh and the useless suggestion to calm down. The woman wasn’t even planning to do that and actually locked the door. 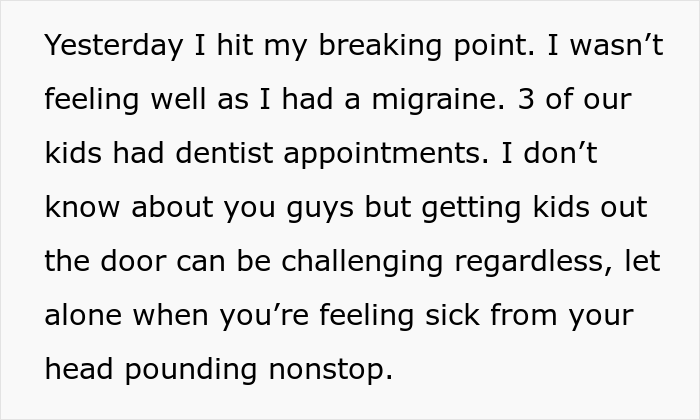 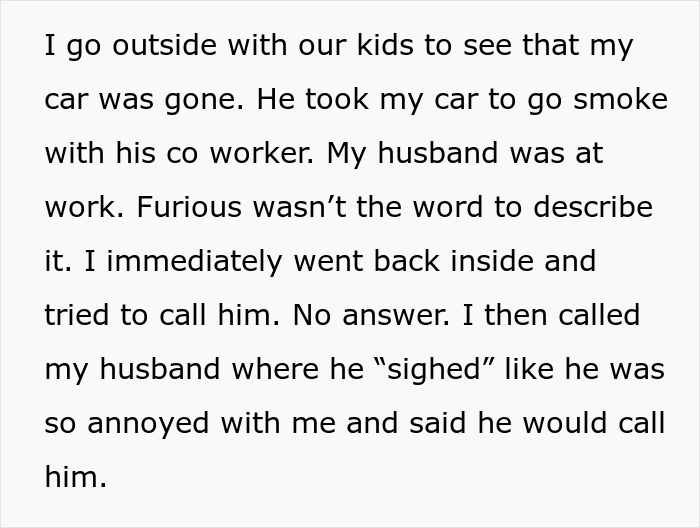 She waited for her husband to come back home and only wanted the friend to be locked out. The husband knew that his friend couldn’t come get and didn’t try to do it himself either, but expressed his frustration on Instagram posting a picture of his front door with the caption “Have you ever been locked out of your own home?”

The woman is concerned about her and her children because her husband is a marine and has a history of getting angry and lashing out, even in front of the kids. She was thinking about leaving her husband before, but she couldn’t do it, but now that she started it, she wants to go through it, especially because she started a second job. 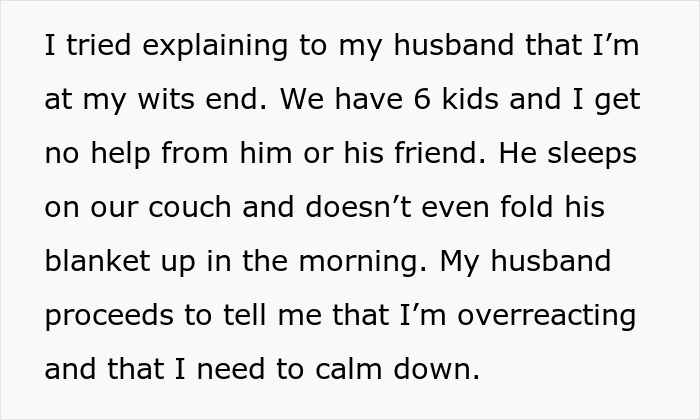 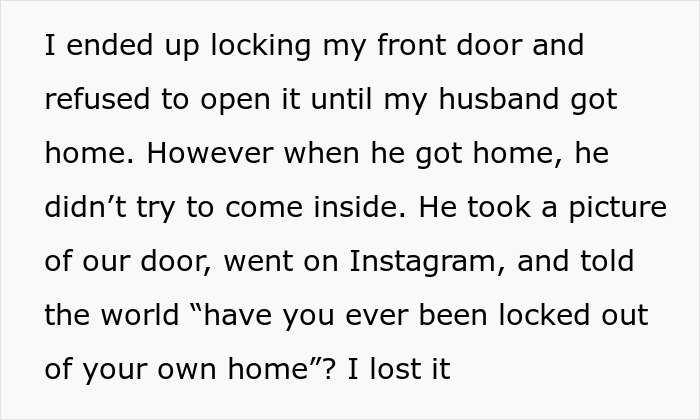 She already reached out for help and received a Military Protective Order (MPO), which is “a written lawful order issued by a commander that orders a Soldier to avoid contact with those persons identified in the order. MPOs may be used to facilitate a ‘cooling-off’ period following domestic violence and sexual assault incidents, to include incidents involving children,” according to Cornell Law School.

It was an important step because it seems that the OP really fears her husband, as she didn’t want to call the police on her husband’s friend only because she feared the marine’s reaction and being told that she was overreacting.

The husband actually didn’t come home and interpreted the locked door as being kicked out, which alarmed the OP 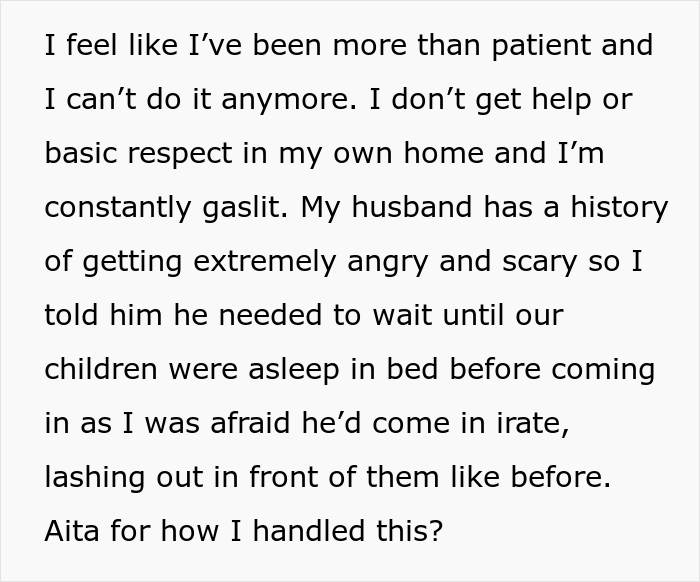 Now the OP realizes that she has been gaslit all this time and actually emotionally abused because the husband and his friend would twist her words and make out her to be insane, which then confuses her brain and triggers her anxiety and depression.

According to Women’s Law, domestic abuse in the military “Includes all forms of relationship violence against a current or former spouse or intimate partner, including physical harm and non-physical harm, like harassment and emotional abuse.” 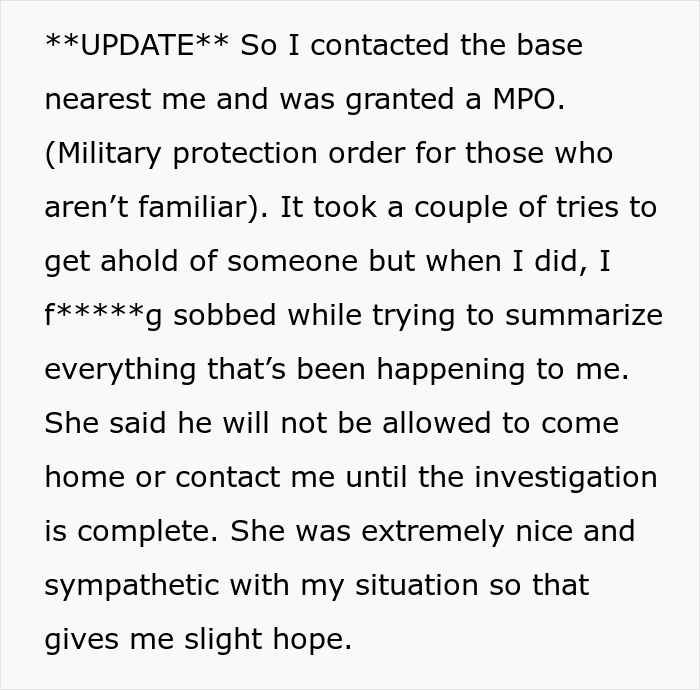 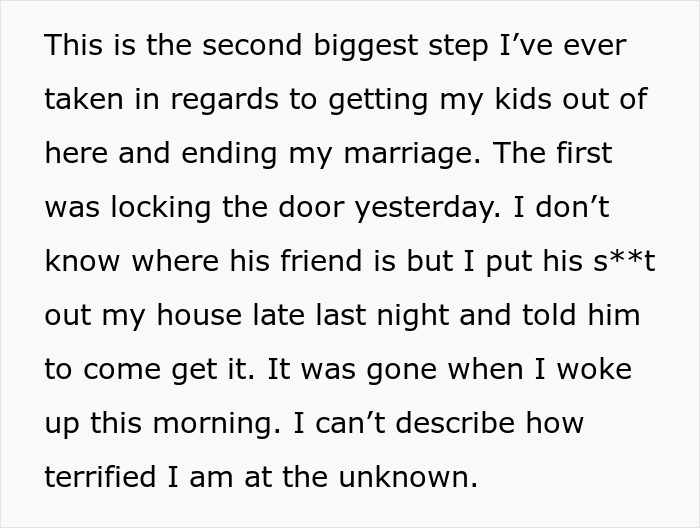 While the definition may be similar to civil domestic abuse, the responses to it are different because when a service member commits abuse, they answer for their actions to their commanding officer.

As Women’s Law explains, “The commanding officer can use judicial, administrative, or other punishments to respond to the reported incident. The commander consults with the Staff Judge Advocate, which is a military lawyer, to make sure the commander is following the Uniform Code of Military Justice (UCMJ).”

And because the husband had anger management issues, the OP was afraid of what he could do, so she asked for a Military Protective Order 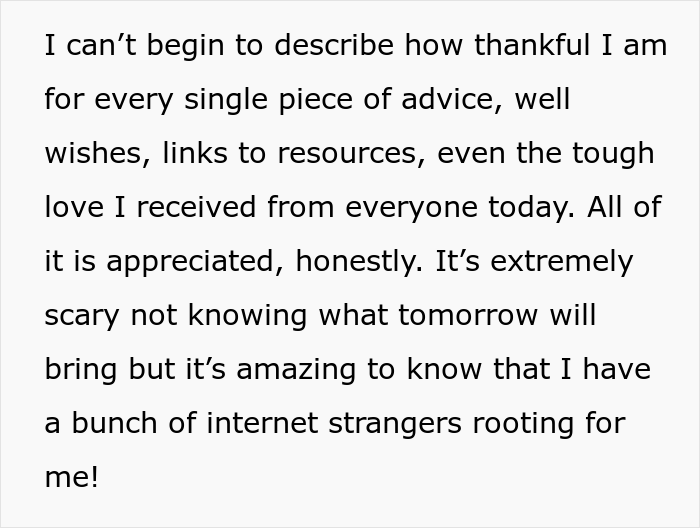 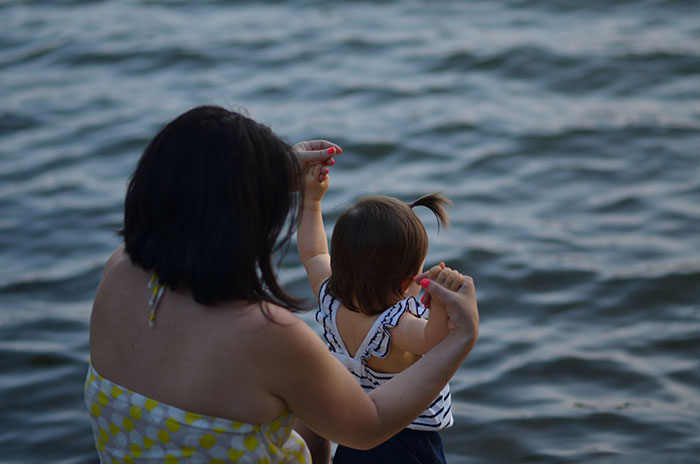 It seems that the woman helping the OP with the MPO was understanding and is hopeful that the investigation will end with a conclusion in her favor so that will manage to escape the abusive relationship.

People in the comments immediately pointed out that the OP’s situation was above Reddit’s competence to give advice and provide help and the woman should search for real help. They were worried for her safety and concluded that here the problem was not the friend, but the husband. 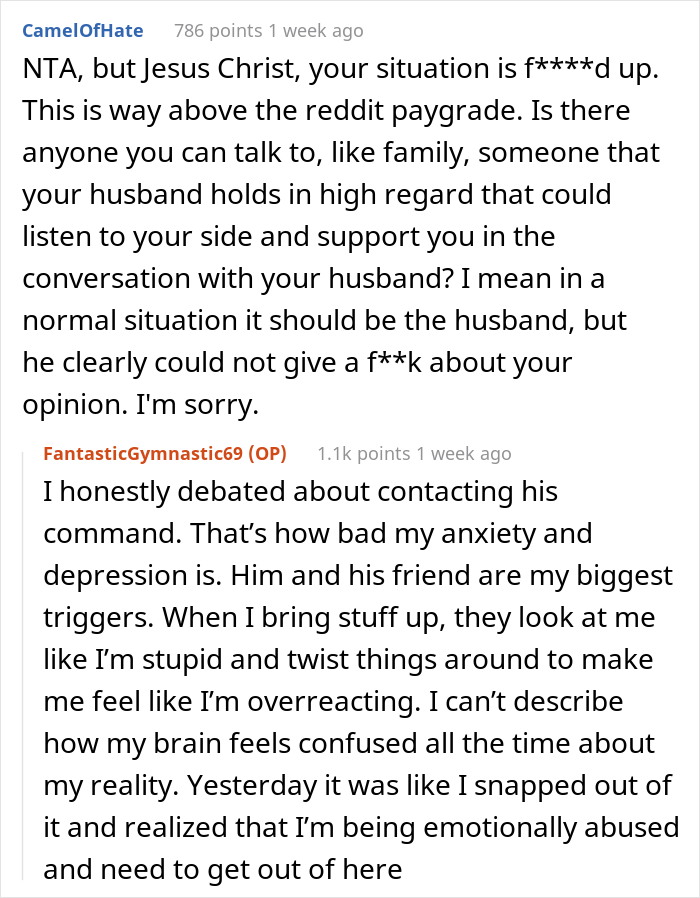 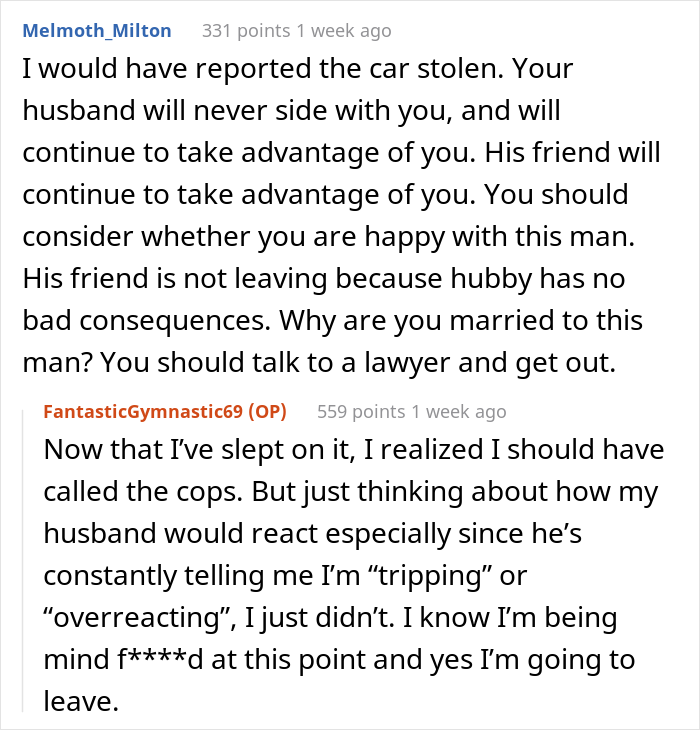 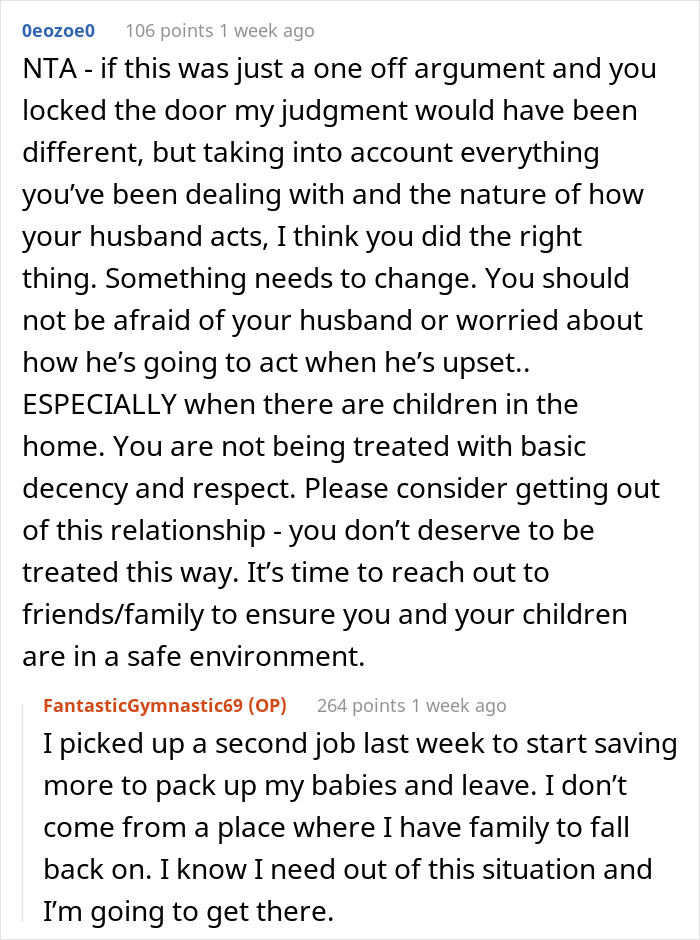 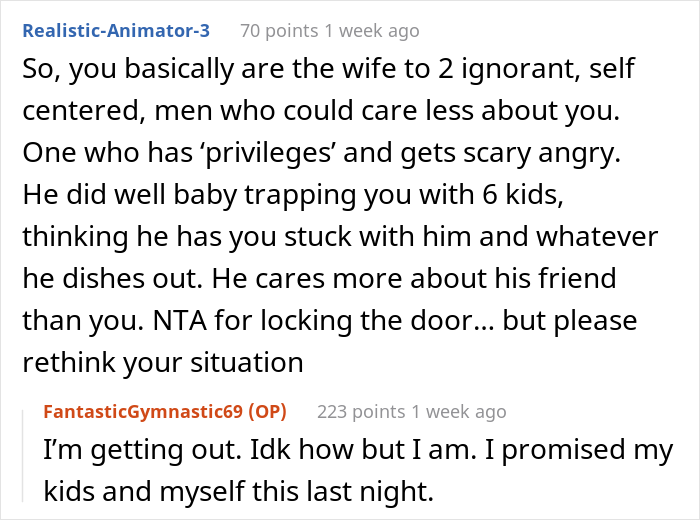 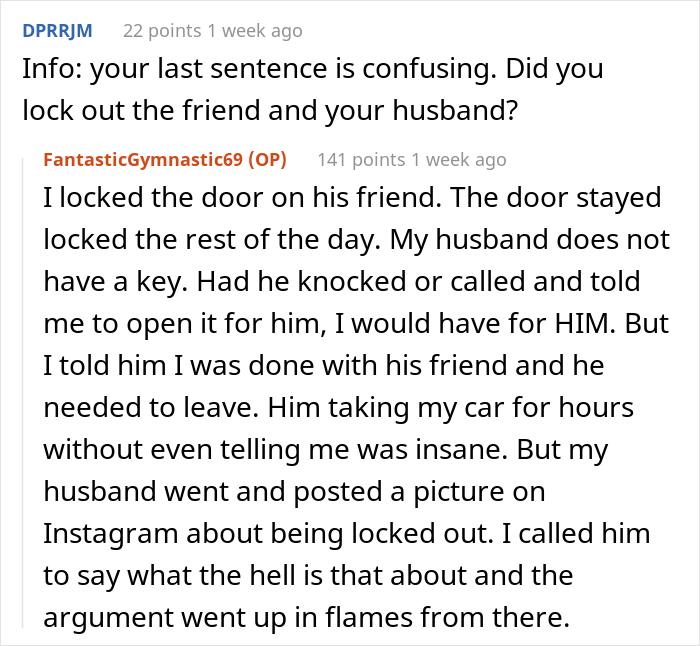 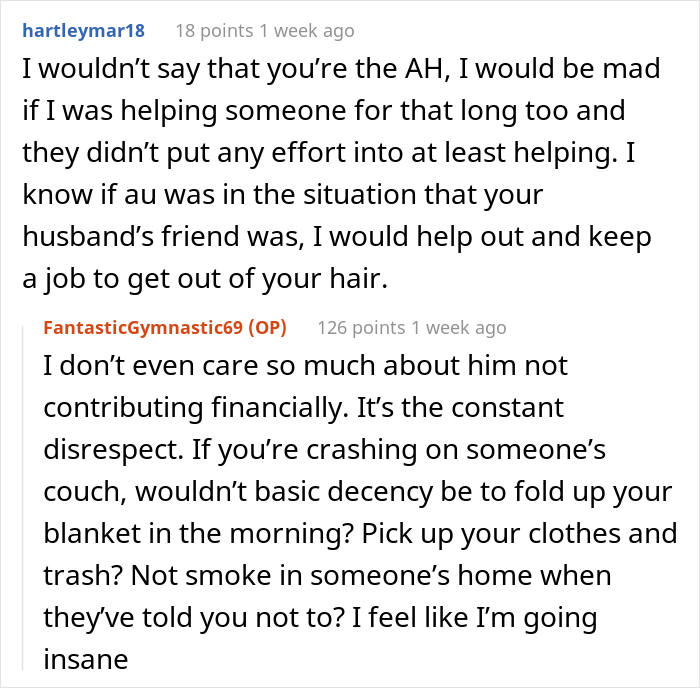 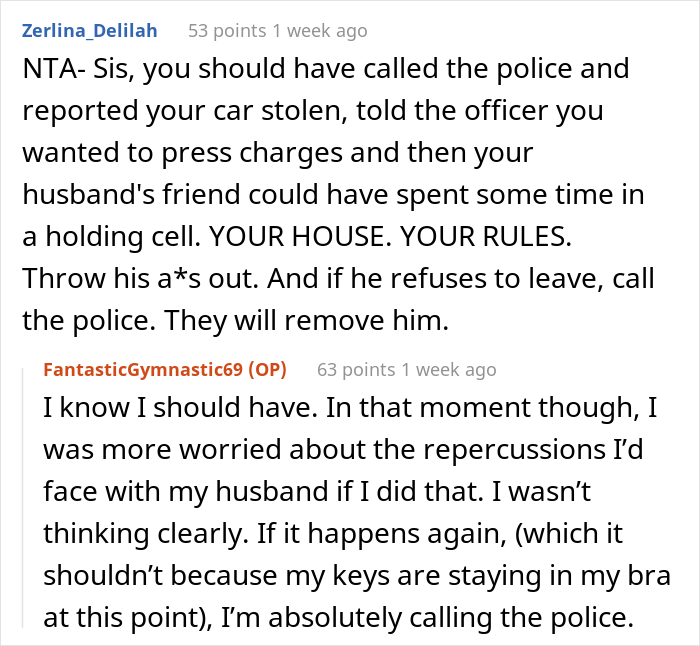 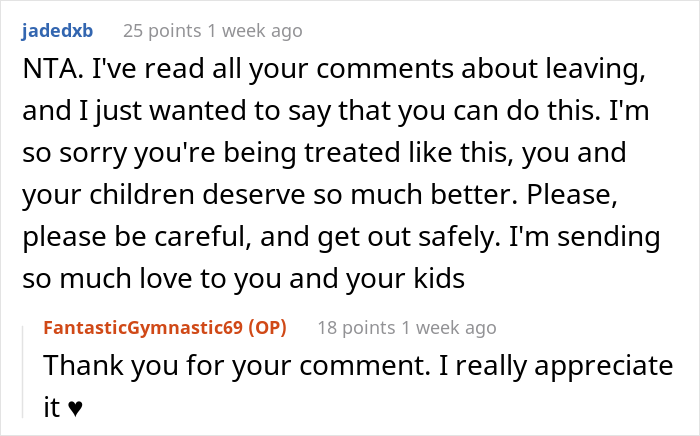 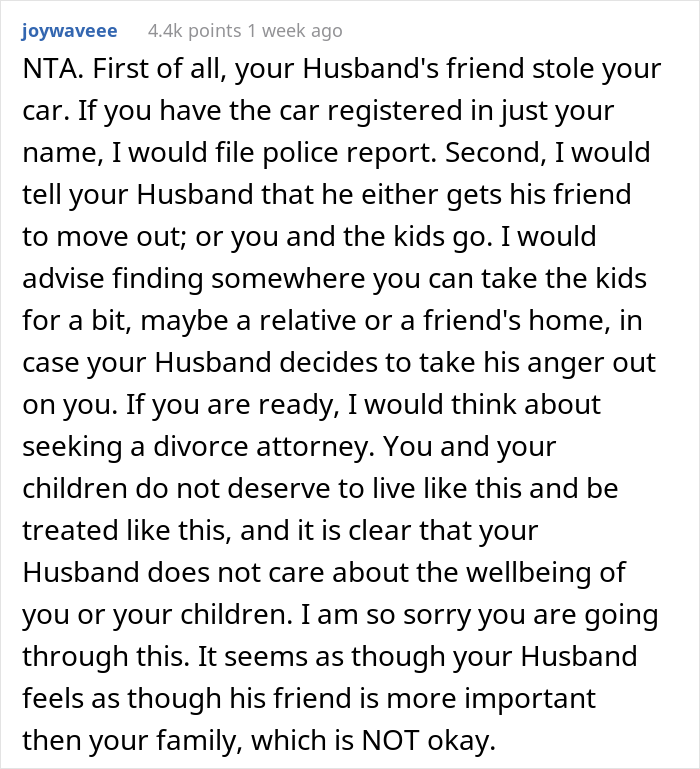 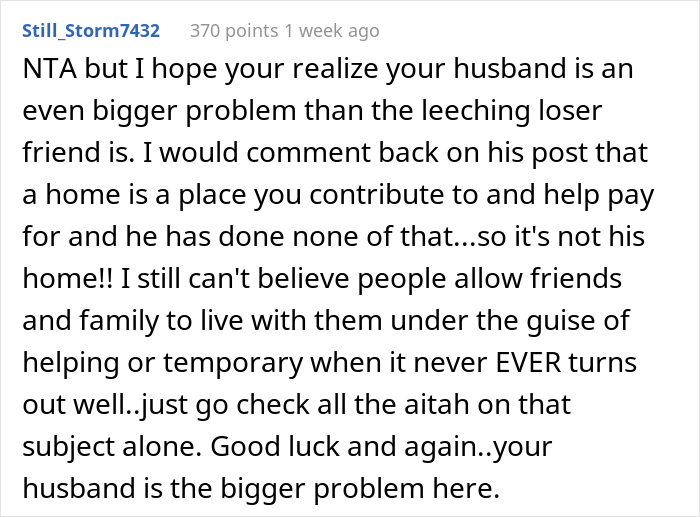